Embrace Theatre is proud to partner with MuD Collective to present Elemental, a double-bill of brand new solo-shows: Many Fires written by Charlie Peters and On the Rocks Danielle Altrogge.

Get tickets to this wonderful production here.

Get accessibility information about the production and the venue – including the two ASL-interpreted performances – by clicking here.

Have you seen the trailer for The Wild Dog Waits on the Concrete Path? Check it out!

We’re building a tour this Spring and Summer. Let us know if you’d like us to visit your community!

Embrace Theatre is thrilled to announce that it has been nominated once again for the Saskatoon and Area Theatre Awards.

This year, costume designer Amberlin Hsu was nominated for Outstanding Achievement in Costume Design for her work on Macbeth last November.

Emma Thorpe was also nominated for Outstanding Emerging Artist for her work as a Fight Director. Emma staged the fights for Macbeth, as well as last season’s The Clockmaker. She also performed in Embrace Theatre’s  Saskatchewan Outdoors and Bottomes Dreame.

Congratulations to all the artists and companies nominated. See you at the Gala on September 26th!

Embrace Theatre and Theatre Howl are remounting The Wild Dog Waits on the Concrete Path by Nathan Howe for a tour in 2018. The playwright will not be reprising his role, so we are searching for an actor (of any gender) to take on the part.

Go to our Auditions Page for more information.

The StarPhoenix’s Cam Fuller just published a review of our production of Macbeth. He had many things to say about the show, including:

“a solid, entertaining and educational outing” 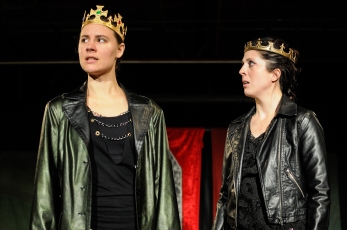 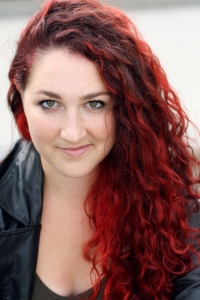 Emma Thorpe is so jazzed to join this incredibly hardworking and talented team, and watch them play. Emma recently received her BFA Acting from the U of S,  is a graduate of the Randolph Academy for the Performing Arts, and has her intermediate certification from Fight Directors Canada. Emma has choreographed fights for Look/See (Theatre Howl), The Clockmaker (Neverending Highway/Embrace Theatre), and Tightrope (Tightrope Collective). When not fighting people with fists and very blunt swords, Emma can likely be found stage managing shows like  Lungs (Fire in the Hole Productions), Willow Road (Paper Cranes for Charlotte), Two Corpses Go Dancing (Two Unruly Gentlemen) The Brothers Grimm (Saskatoon Opera in Schools), and Our Country’s Good (Greystone Theatre). 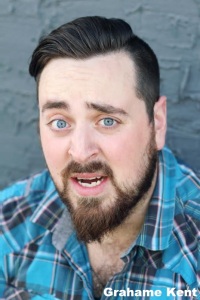 Grahame is really glad to be a part of his favourite Shakespeare: Macbeth!  A graduate from the University of Saskatchewan’s drama department, Grahame is a theatre artist based out of Saskatoon. He is an actor, writer, director, designer, stage manager and producer that you may have seen at the Fringe, at Live Five or at Persephone! He likes to call himself a swiss army knife of theatre in Saskatoon. Grahame is an associate artist with Embrace Theatre in addition to sitting on the Live Five and 25th St Theatre Board of Directors. Look for Grahame at Live Five in late November producing and performing in Dr. Frightful Presents: Dead Air.

Jeanine Thrasher is a Saskatchewan raised artist with a passion for Shakespeare and Theatre Education. After completing her degree with a BFA- Acting with Distinction she pursued further training at Shakespeare and Company in Massachusetts and completed their Summer Training Intensive and Conservatory Program. Her latest acting credits include Alice in Mexico City and Chorus Member in Multiple pieces (Tightrope) and Lady Capulet/ Abram in Romeo and Juliet (Shakespeare and Company). Jeanine is extremely passionate about using theatre to empower audiences and performers alike and continues to pursue opportunities and education to work towards this goal.

Donovan is excited and thrilled to be a part of Embrace Theare’s production of Macbeth this year! Donovan is a Saskatoon-based theatre artist originally from Prince Albert, Saskatchewan. He is a graduate of the University of Saskatchewan and co-founder of Two Unruly Gentlemen Theatre. In addition to being an actor, he is also a poet, musician, songwriter, and served as music director for Two Corpses Go Dancing for which he recived the SATAward for Outstanding Musical Direction, Sound Design or Original Composition. This past year Donovan has also begun teaching classes at the Persephone Theatre School. Past acting credits include Hercules (Sum Theatre),Two Corpses Go Dancing (Live Five/Two Unruly Gentlemen), Run For Your Wife (Magdalene Theatre) Bottome’s Dreame (Embrace Theatre),Into the Woods, Henry IV Part 1, Amadeus, and Assassins (Greystone Theatre).

Charlie Peters is the Founding Director of Embrace Theatre and has directed Bottomes Dreame (Saskatoon Fringe Festival 2013), Stop Kiss (Live Five 2014 – for which he received a Saskatoon and Area Theatre Award nomination for Outstanding Direction), Saskatchewan Outdoors (2014 & 2015), and The Wild Dog Waits on the Concrete Path (2015) with the company. He has also directed for Saskatoon Opera in Schools, Saskatchewan Native Theatre Company, and Broadway Mime Theatre. Last season, he played Heinrich Mann in The Clockmaker at Live Five. He is the recipient of two Saskatoon and Area Theatre Awards – one for Outstanding Emerging Artist (2013) and one for Outstanding Lighting Design (Two Corpses Go Dancing – 2015). www.charliepeters.ca