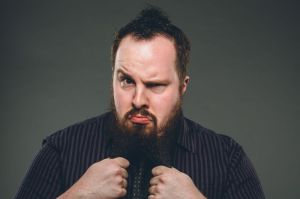 Donovan is excited and thrilled to be a part of Embrace Theare’s production of Macbeth this year! Donovan is a Saskatoon-based theatre artist originally from Prince Albert, Saskatchewan. He is a graduate of the University of Saskatchewan and co-founder of Two Unruly Gentlemen Theatre. In addition to being an actor, he is also a poet, musician, songwriter, and served as music director for Two Corpses Go Dancing for which he recived the SATAward for Outstanding Musical Direction, Sound Design or Original Composition. This past year Donovan has also begun teaching classes at the Persephone Theatre School. Past acting credits include Hercules (Sum Theatre),Two Corpses Go Dancing (Live Five/Two Unruly Gentlemen), Run For Your Wife (Magdalene Theatre) Bottome’s Dreame (Embrace Theatre),Into the Woods, Henry IV Part 1, Amadeus, and Assassins (Greystone Theatre).